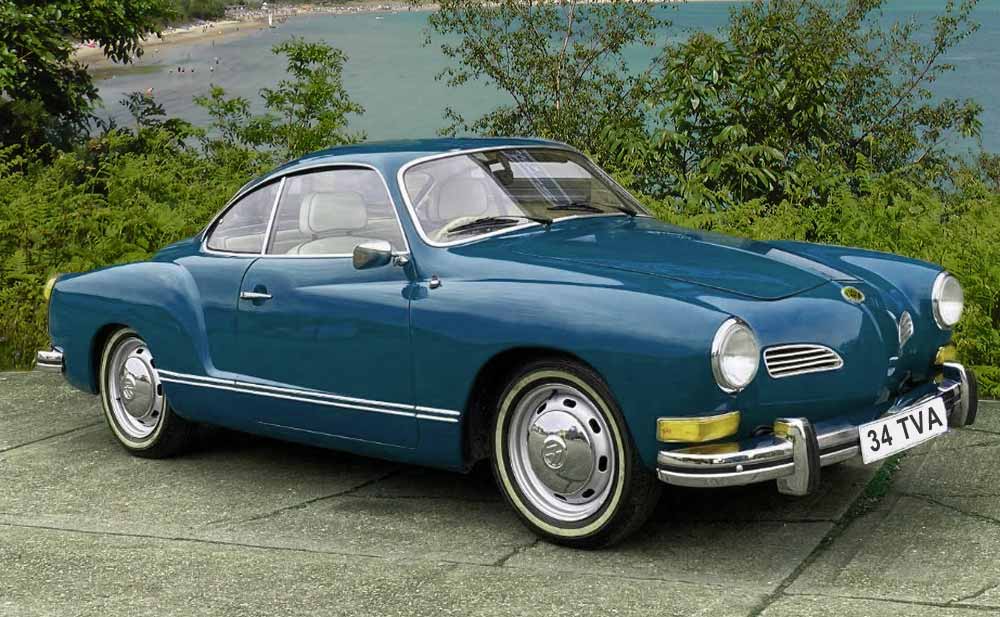 The Volkswagen Karmann Ghia was a bit of a curate's egg; good in parts.

It was built as a cooperation between three separate entities; Volkswagen, coachbuilder Karmann and Italian stylers Ghia. Mechanically it was a very sound vehicle, as you would expect of a car put together by VW, the bodywork was beautifully finished and a credit to Karmann, and it was probably amongst the best looking vehicles of all time, thanks to the artistic skills of Ghia. it could have been overall one of the best cars ever full stop; however the handling was poor (oversteer has always been a problem with rear engined cars) and performance was, to be blunt, poor.

By the start of the early 1950s the Volkswagen Beetle was still producing strong sales but the senior management at the company wanted to move more upmarket. The idea of creating a sports car was mooted and this was created in 2+2 coupe and 2+2 convertible formats. The bodywork was handbuilt by Karmann and buyers loved them for their looks. however underneath that very attractive exterior the car was still basically a Volkswagen Beetle; only carrying a lot of extra weight.

A 1200 cc flat four cylinder engine was introduced first but this was grossly underpowered. Later editions featured 1300 cc, 1500 cc or 1600 cc engines which added a little more punch but not really enough to match the excellence of the car's appearance. A cabriolet was introduced in 1957.

Initially it was called the Type 14, debuting on Ghia's stand as a concept car at the Paris Motor Show in 1953. This first incarnation was almost entirely the work of Luigi Segre of Ghia who created it, with help from his friend Wilhelm Karmann without the official knowledge of Volkswagen; the basic Beetle that was used in the prototype had been purchased in France and not directly from the company which was not involved in the project at all at this stage. It was only once the model had been approved by VW that the three companies cooperated together and the car was renamed the Volkswagen Karman Ghia in honour of those involved.

The car first came off the production line in Germany in 1955, and it became an instant hit. Sales in its first year of production reached 10,000 and before the car's life ended in 1974, nearly 20 years later, nearly half a million of them had been sold.