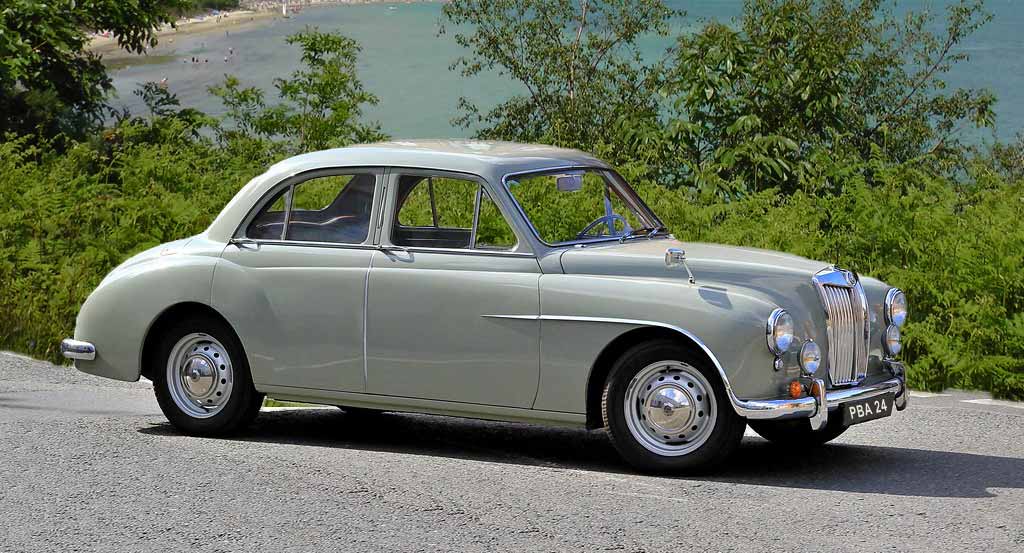 It is perhaps difficult to accept it these days but back in the 1950s the British Motor Corporation was a massive conglomerate responsible for building about 40 percent of all the cars built in Britain! It included such venerable marques as Austin, Morris, MG and Wolseley; and to a degree this made sense since many of the cars manufactured by these different brands could share the same components and achieve economies of scale. It also meant that there was a great deal of expertise within the group to call on.

One such possessor of expertise was a car designer named Gerald Palmer. Before World War II he worked in the offices of car manufacturers Morris then after the war he joined the much smaller Jowett Cars where he was responsible for designing nearly all of the Jowett Javelin. Creating this car was, however, rather a step too far financially for Jowett and it soon ran into difficulties so he moved back to Morris where, taking for his inspiration several Italian stylists, he created what was up until then the fastest selling car in MG's history; the Magnette ZA.

The Magnette ZA was a large four doored family car which could seat five people in relative comfort. the front seats were trimmed with leather and the dashboard was faced with polished wood. The car was carpeted throughout. For the first time an MG had a pressed steel monocoque body, which gave it advantages of stiffness and lightness over previous models. This was adapted from an existing body built by Wolseley, and the engine came from Austin, in the form of a new 1500 cc four-cylinder motor producing just 60 brake horsepower; not the most powerful engine by any means but it was reliable. This was a heavy car, weighing in at around 2,500lbs, and the engine had to struggle somewhat to provide enough power for it.

Maximum speed was around 80 mph with acceleration from nought to 60 a sedate 22.6 seconds so this was not a car aimed at the sports car market. Fuel consumption was around 25 miles to the gallon.

Initially potential buyers were unimpressed but it's excellent handling, thanks to the use of rack and pinion steering and a coil and wishbone suspension, as well as it's attractive looks and comfortable interior, soon won it popular approval and around 4000 were sold in the first year. More importantly, perhaps, it raised MG's profile amongst a whole class of potential buyers which was different from their traditional market.